Located at the white sand island in Barangay Adecor in Samal District, besides Pearl Farm Resort, is the Davao del Norte State College Marine Reserve Park and Multipurpose Hatchery. The sanctuary has no less than 3,000 mature giant clams. The Giant Clam Sanctuary is a part of an eco-tourism industry called “Taclobo Tours”. Presently, these clams are considered endangered. It is under the security of Davao del Norte State College, with the association of the local community (AdeCor United
Fisherfolks Organization).

Giant clams are feared for attacking people in the ocean. National Geographic, in any case, says this is an undeserved reputation. Giant clams consume sugars and proteins delivered by the algae living in their tissues. They have never been a record of a swimmer or diver being swallowed by a giant clam. This, however, doesn’t give us permission to touch them. 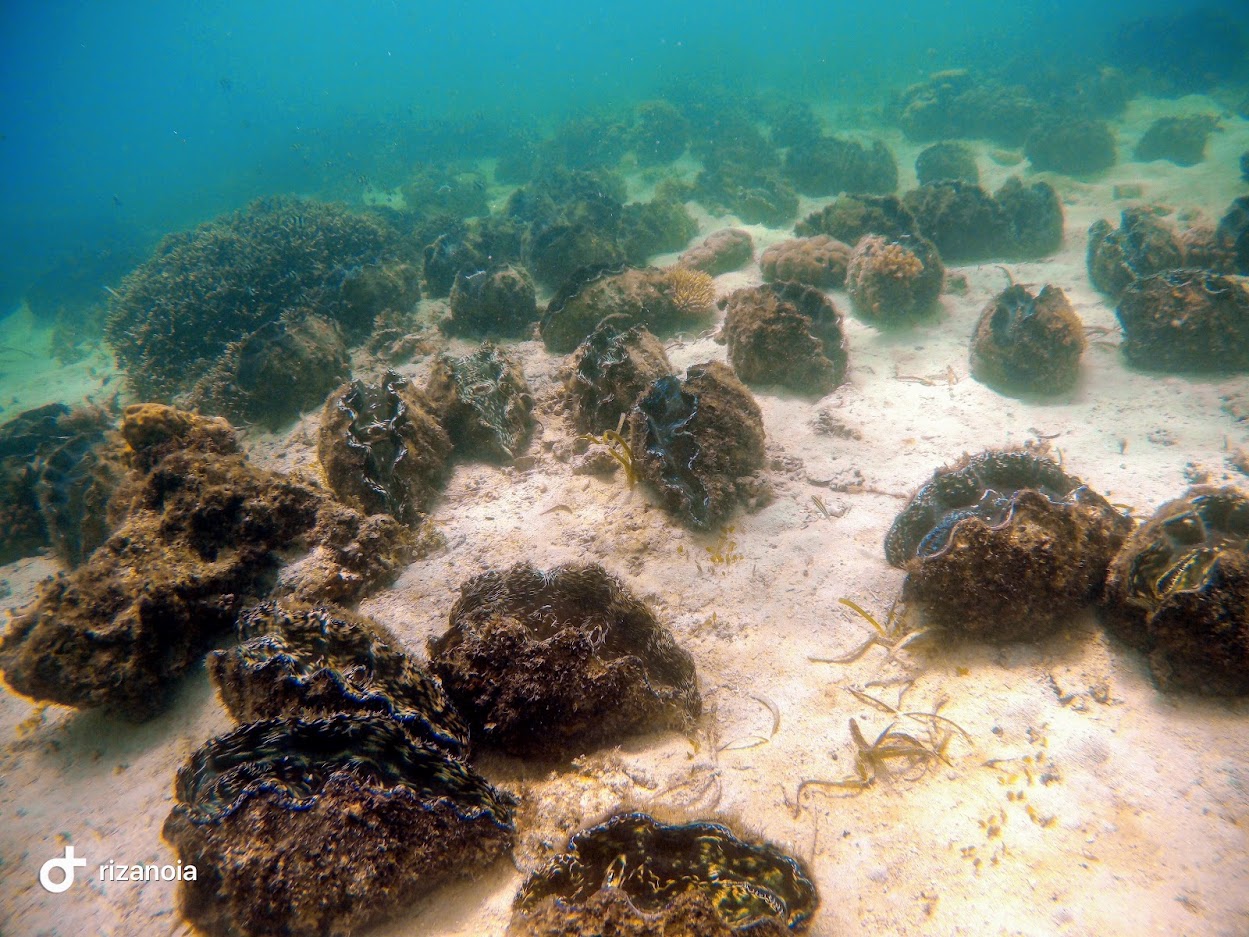 The clams resemble huge colorful flowers. Their colors vary from violet to green, brown, blue and yellow. Most of these clams are said to be more than 10 years old, and the ones in the sanctuary can grow up to a meter in length. The young ones can be found in the shallow area while the old clams in the deeper part. 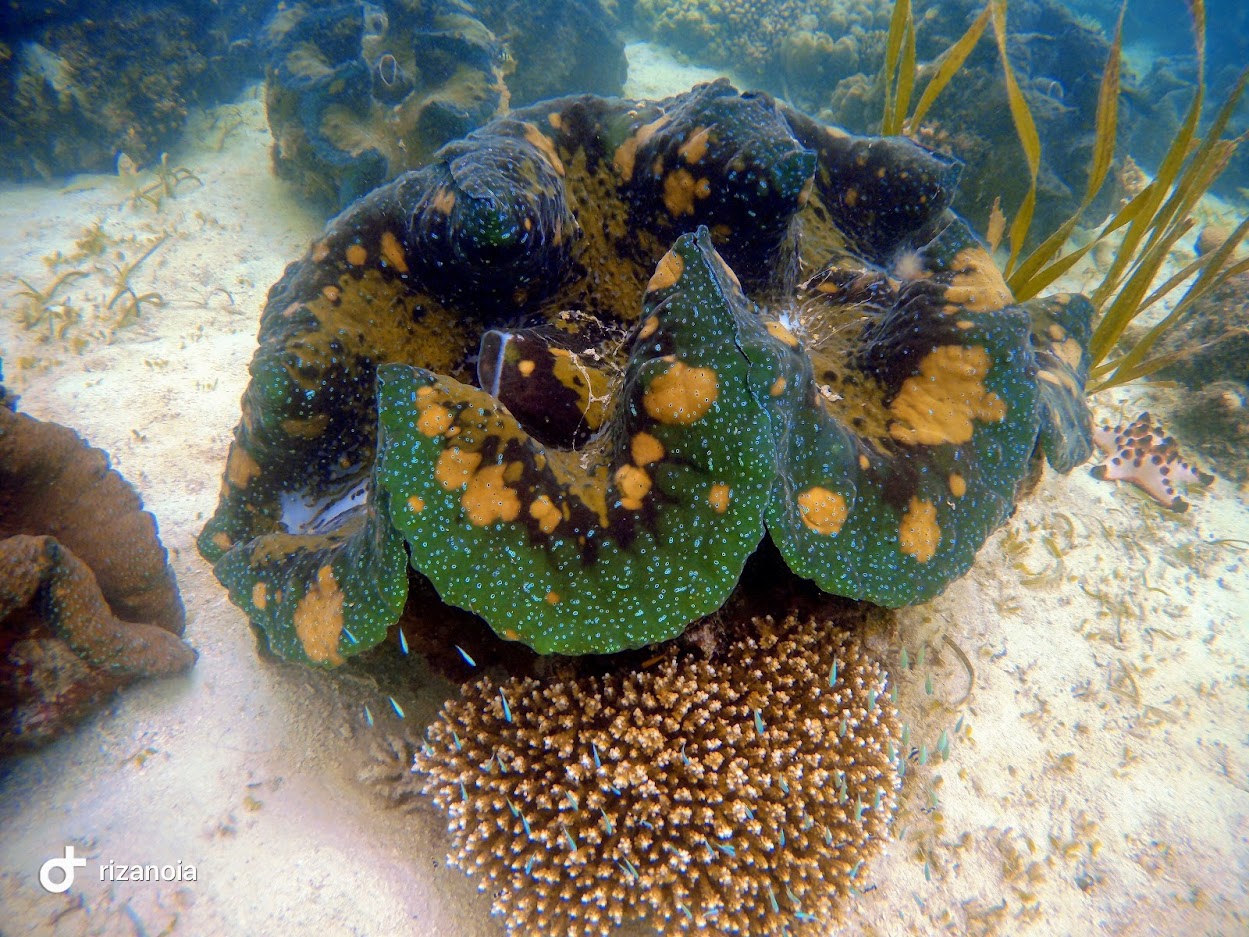 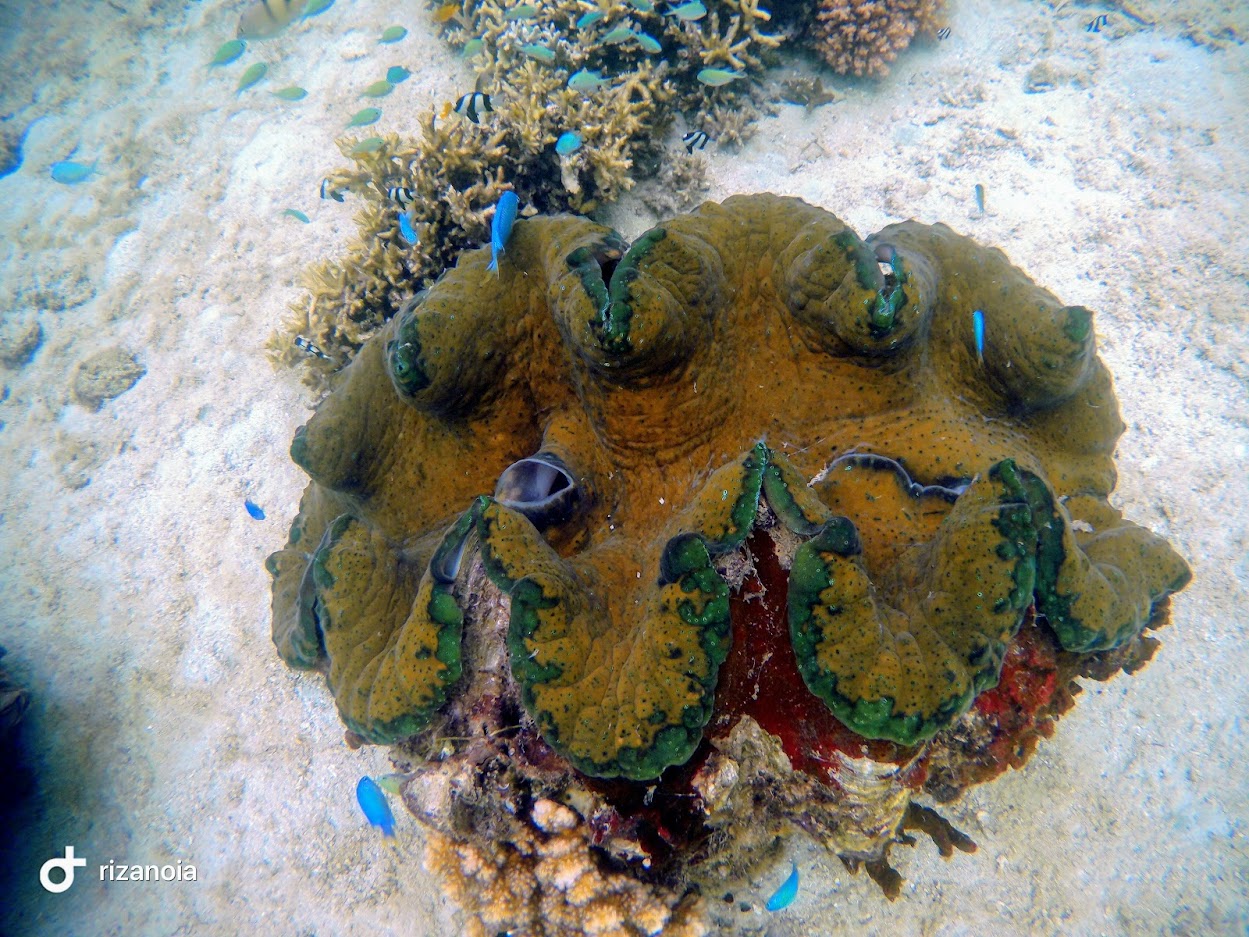 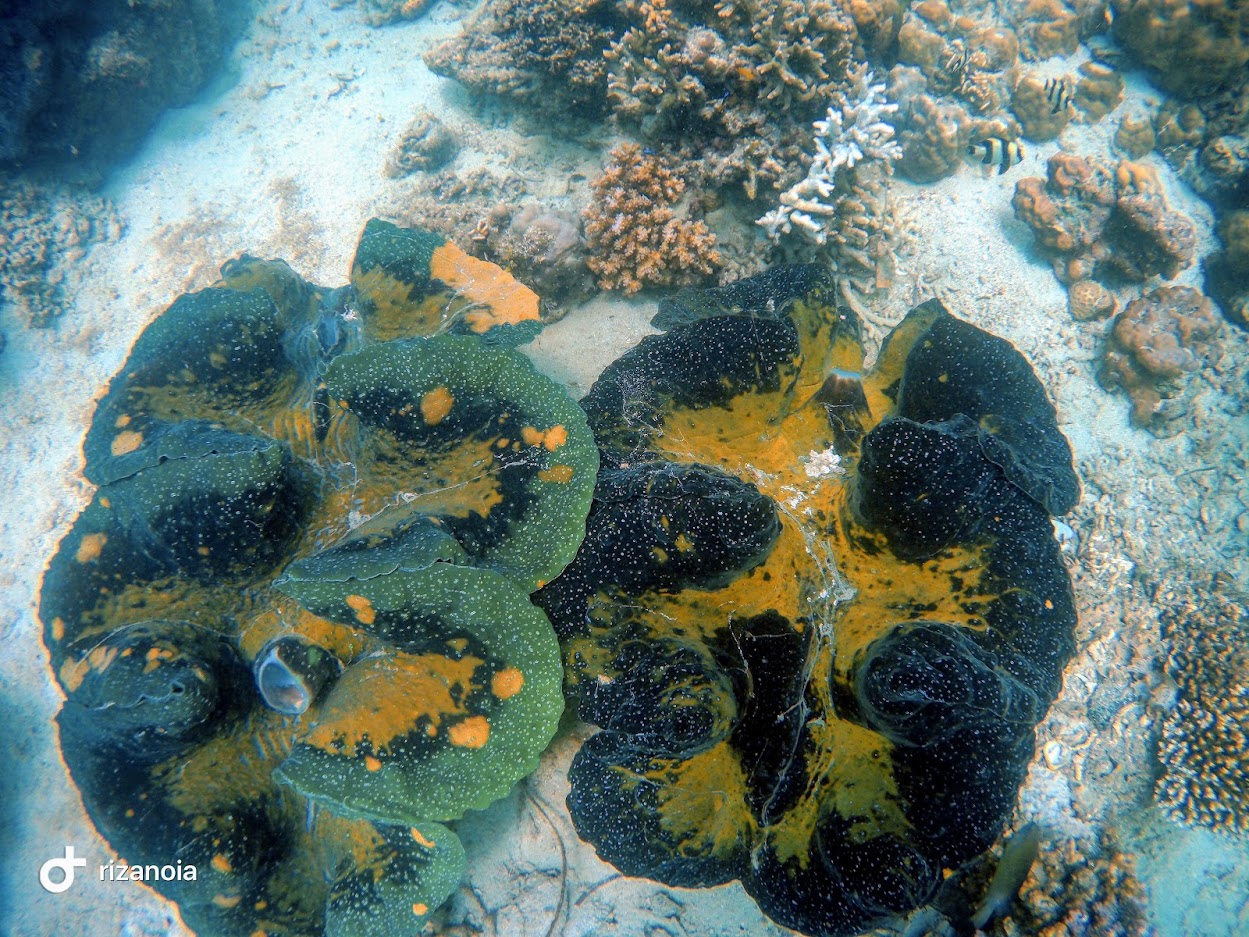 There are other white sand beach and attractions near Talicud Island. Just for 15 minutes boat ride, you can reach Kaputian Beach and other tourist spots in Samal Island. For our first night, we stayed at La Vida Orchard. And to know what we did during our 3 days and 2 nights, just check my Samal travel guide with itinerary and budget breakdown.

A 20 something Filipina studied at the Cavite State University - Indang, Cavite and finished a Bachelor's Degree in Nursing year 2011. She loves to share travel guides, lifestyle tips and food reviews in the Philippines.